Remember Around the World 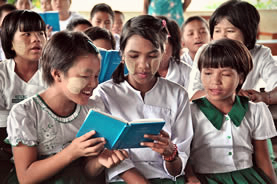 Burma is a country best known for the depth of its sinful practices. It is a nation famous for its drugs, flagrant immorality, and government-sponsored violence. In 1988, the country was taken over by the military, and the result has been an oppressive Buddhist regime intent on stamping out Christianity.

Yet, in the midst of this open sin, God has raised up a people devoted to Him. Beginning with the mission work of Adoniram Judson in the 1800s, the Karen people-one of Burma's many ethnic minorities-have been steadfast in the truth of the gospel. Their faithfulness has been anything but easy.

The Karen now live in the jungles of western Burma, hiding from the army that would seek to kill all of those that refuse to convert to Buddhism. When the Burmese soldiers find a village, they will sack and burn it, killing and abusing men, women, and children who remain steadfast. The persecution is so intense that the Karen have taken to landmining their own villages simply to keep their oppressors out!

Despite this suffering, the Karen have dedicated themselves to the gospel. While they live in huts of stick and mud, without the benefits of running water or regular electricity, they spent a year and a half building a gorgeous church out of teak and mahogany. Even though they must, for their own safety, be ready to hide at any time, they are not willing to hide their faith. 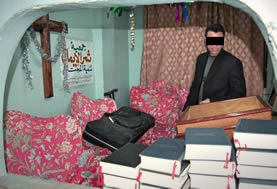 While tourists still flock to see the pyramids and other ancient wonders, modern Egyptian life is a far cry from that splendor. Millions of Egyptians live in abject poverty and in bondage to their religious beliefs.

Even in the midst of this darkness, God is raising up a people for Himself. The darkness will not simply let Christ's kingdom grow, though, and Egyptian Christians suffer intense persecution from the government and from their neighbors.

Pastor E was a minister in Cairo, where his work gained the attention of the local authorities. When he continued his work in the face of their oppressive demands, they arranged an "accident," using a taxi to take his life. Shortly before his death, his son had been attacked by fanatical Muslims and stabbed in the shoulder. He spent weeks in the hospital, recovering from a wound that could easily have been fatal.

These attacks, and the death of his father, have not stopped this young man from pursuing the ministry. His dream is to continue the legacy that his father left behind. His courageous action in continuing his father's work has won him the grudging allowance of the Egyptian authorities for his ministry, and while he lives in constant danger of persecution from fanatic neighbors, his ministry is growing.

Pastor E's widow has significant health problems. Remember has provided her with monthly support, enabling her to obtain the medications she needs to survive. As her son said, "We are very grateful for the brothers and sisters who contributed to meet our needs. It means a lot to us here in Without your support and the help of others, we would not be able to serve the Lord here, the way that we are serving Him right now." 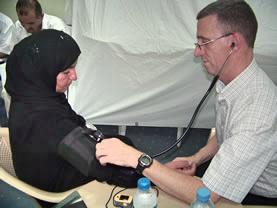 Long a hotbed of violence and persecution, the religious violence in Iraq has only grown in recent months. Christians are leaving the country by the hundreds, practically exiled by the militant Islam that threatens their peace, stability, and even their lives.

Many of these believers flee because the mosques have "spilled their blood," meaning that any Muslim who should find the Christian has the permission of the mosque to kill them. Many of those that do not leave soon enough are caught, tortured, and then ransomed or killed.

Those that have fled the violence before being caught often have no place to go. The surrounding countries that are willing to take them in, such as Syria and Jordan, often impose significant restriction on the ability of these refugees to obtain work, find adequate living quarters, and care for their families. Many of those that have fled have lost their breadwinner and other loved ones, and must cope with overwhelming sorrow as they try to adjust to a new life.

Even outside of Iraq, their lives are often far from safe. Assassins from their home countries often search them down in their new countries, attempting to carry out the mandate of the mosques. One Christian woman that had fled to Amman, Jordan, told a Remember team how a would-be killer had been stopped at the border three times when he tried to come and kill them. This attacker wasn't just anyone; it was her brother.

This is reality for hundreds of Christians, scattered across the Middle East because of persecution in their homelands. Please keep them in your prayers.

Liberia is a country in Western Africa roughly the size of Ohio, with four million people who call it home. This small African country has enjoyed anything but peace throughout its existence. It was formed in the early 1800's by freed slaves from America who were returning to their native Africa. These freed slaves proceeded to set themselves up as the ruling class. In 1980, the indigenous people overthrew the government, and a full scale civil war broke out. Tribe fought against tribe. Rebel forces destroyed entire villages. The citizens were raped, murdered, tortured and mutilated. It wasn't until 2005 that the country became more stable.

Religion in Liberia is diverse. Witchcraft is part of life in Liberia. Humans are sacrificed. Cannibalism is practiced. Forty percent of Liberians exclusively practices traditional indigenous religious beliefs. Another forty percent are Christian or a mix of Christian and indigenous religious beliefs. An estimated twenty percent of the population is Muslim. It's from this Muslim population that persecution of Christians arise. When a Muslim converts to Christianity, he or she faces imminent persecution from family members. 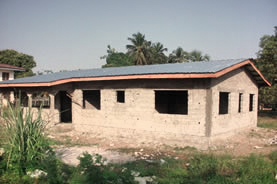 Here are some of their stories: 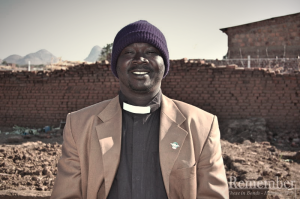 Plagued by decades of civil wars and international disputes, the Sudan has been at the forefront of media attention in recent times. The media, though, has often focused on the political aspect of the problem, and very little attention has been dedicated to the very real spiritual attack being leveled against Christians. The aftermath of this attack is a wake of decimated families.

Nestled in the midst of the Nuba Mountains, thousands of Christians have similar stories of persecution. Almost every family there has lost someone, and many have witnessed the death of those they held dear. Islamic militias roamed the countryside, attacking those that maintained their Christian witness, especially evangelists and pastors. The widows and orphans left behind struggle just to exist.

Sister S is one such young widow. She was 23 years old when her husband was murdered, leaving her to take care of their five children. She was forced to move from the Nuba Mountains to the capital city of Khartoum, where she lives by doing what laundry she can find to wash.

When our Remember team asked her what her prayer request for the church in the United States would be, her first thought was for her children. Living in a culture overrun by violence, her heart's desire is that her children be raised to know peace in a true sense.

Despite the violence, poverty, and suffering, the joy of these saints cannot be suppressed. Their worship shines with genuine praise in the midst of darkness. These Christians are a testament to the power of the gospel, not only to save, but to overcome all that the enemy of their souls can throw at them.